Owen Wilson has returned to our TV screens, but not for a usual Hollywood film which may please some depending on your opinion.

In fact, he is back and starring in an advert for Sofology who retail in furniture. This is not Wilson’s debut for Sofology however, as he first appeared in an advert for them back in 2017. The Zoolander actor propelled Sofology to prominence two years ago when he surprisingly appeared on the furniture retailers advert showcasing a number of Sofas in the process. The campaign comes as Sofology plan to build five new stores next year and hope the return of Wilson will once again put Sofology into the limelight.

This time around the director of creative at Sofology hopes that the 'Feel at home on a sofa you love' ads will put more emphasis on the product after the 2017 work delivered above and beyond on its broader brand awareness goals, thanks to the recruitment of Wilson. He further added "We wanted to continue the increase in awareness that we captured the first-time round but also wanted to hero the product more. In the first ad, Owen articulated what it means to feel at home on a sofa he loved, so the product took a back seat. But in the latest one, the product is now the hero."

The advert begins depicting Owen Wilson spread across a rather large pristine white sofa accompanied by a carefree dog. He then goes onto allude to a comparison between the sofa and the surfboard aloft behind him, describing the surfboard as elegant and perfectly crafted to position you to where you want to be. This fully enables the objectives that Sofology wanted to portray this time around, in accentuating the features of the sofas more. The characteristic laid back acting also utterly matches the relaxed sense and feel the sofas are meant to bring. The ad ends in true Wilson comedic fashion with the dog running off to leave him alone to take a nap, signifying his place of comfort. 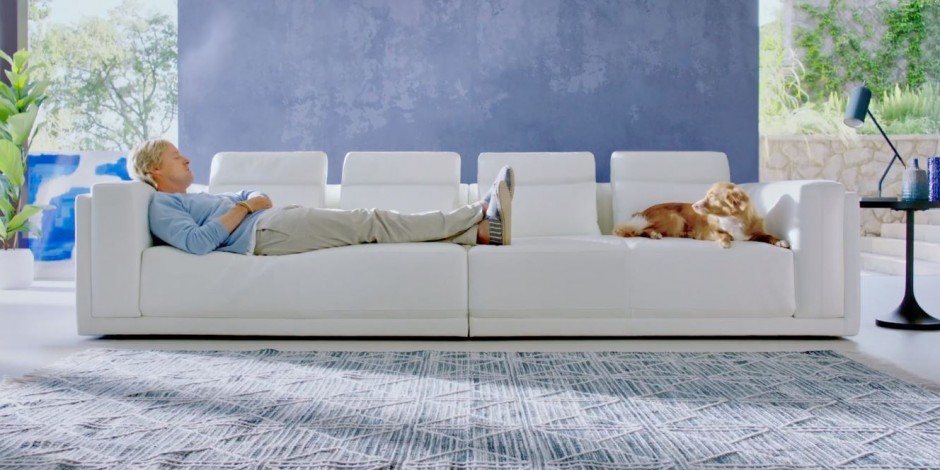 This is not a new idea however to introduce famous actors into TV adverts. Kevin Bacon and Robert Di Niro staring in EE and Warburtons adverts respectively, have created memorable moments that have allowed brands to expand nationally.

Membership marketing: How do you look after your members?

26 May 2020
Membership; a sense of belonging, bringing people together with similar values, skills and interests. How can you ensure you are doing what's best for your members, especially in the current...
Read More ...

How to maintain innovation even after business returns to 'normal'

19 May 2020
It's incredible just how much innovation automatically happens when we are faced with an immediate and far-reaching barrier for our businesses.
Read More ...

13 May 2020
As lockdown continues and people are urged to ‘Stay Alert’, many destinations are continuing to share virtual content to keep awareness high in the hope that visitors will choose their des...
Read More ...