A corporate lunch held at The Montpellier Wine Bar on Monday 13th June 2011 with the Sri Lankan world number one bowler, Muttiah Muralitharan and players from Gloucestershire County Cricket Club ahead of the Cheltenham Cricket Festival.

As the official sponsor of Muttiah Muralitharan whilst contracted to play for Gloucestershire County Cricket Club during the Twenty 20 competition, the Montpellier Wine Bar wanted to promote their investment in Muttiah, who is universally accepted as the best bowler of all time. The event also aimed to raise as much as possible for Cruse Bereavement Care, a National charity set up to offer confidential help to bereaved people across the UK.

apt organised for a number of sports journalists and photographers from the regional media to attend the event, sending out press information about the sponsorship and corporate lunch prior to the event and informing the media to the amount raised for charity with a press release a few days afterwards. A team member from apt went along to the lunch to introduce the sports journalists to Muralitharan, ensure they had interview and photography opportunities and to make sure the event ran smoothly.

The event gained a substantial amount of coverage in the sports pages of all regional publications featuring interviews with Muralitharan to promote the Montpellier Wine Bar and presence of the venues marquee at the Cheltenham Cricket Festival.  Social photographs taken at the lunch graced the pages of all the regional lifestyle magazines and the regional newspaper’s Bib & Tucker pages to secure the Montpellier Wine Bar’s affiliation with the Cheltenham Cricket Festival and the biggest names in sport.

The event also raised £744 for the Cruse Bereavement Charity by auctioning off hospitality prizes and sports memorabilia such as T20 tickets, dinner for two at the wine bar and a signed cricket bat and shirt. 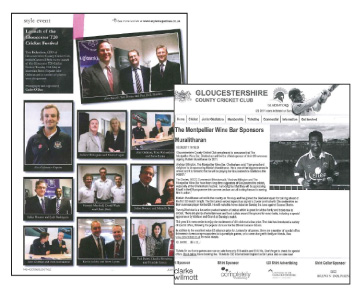 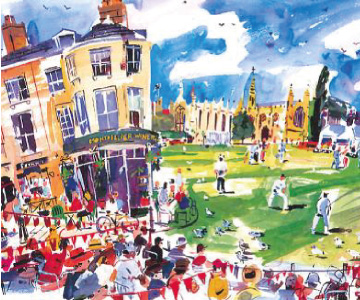 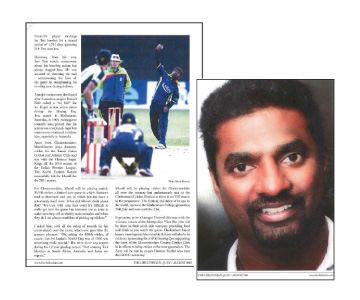