After disparate marketing activity, with no recognisable brand for Gloucester, the profile of the city needed to be raised on both a local and national level; as a visitor destination, a place to live and as place to invest in.

To provide an instantly recognisable and credible brand aimed at people living, working and visiting the city as well as potential investors.

apt worked with Marketing Gloucester to evolve the designs which we had initially created for the city’s tourist guides, including the strategic recommendation that the city be referred to as ‘The City of Gloucester’ as standard, to communicate its significance and the gravitas of its heritage.

Several workshops with stakeholders were undertaken to establish the best route forward in terms the whole brand identity. An extensive set of brand guidelines were developed that were used as blueprint for all future city communications.

‘The City of Gloucester: YOUR CITY’ branding was well received by stakeholders. Following the new brand launch, apt created integrated communications around the city, including high street hanging pennants and hoarding to transform the bus station. 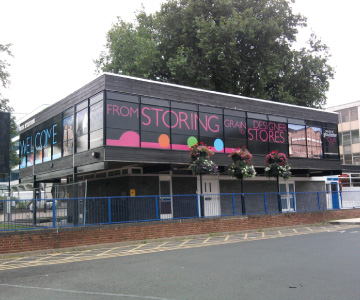 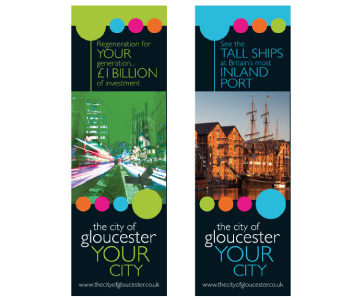 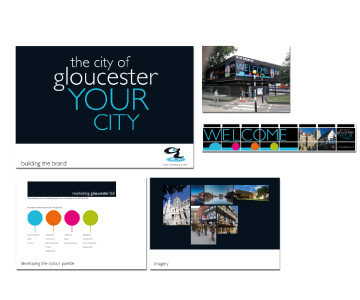