Circus in the Cathedral

It’s placement in the historic Norwich Cathedral has caused quite the commotion amongst the community. The reason for its assembly is surprisingly not so that priests can have something to do in their free time but in fact to serve as any easy way to view the Cathedral’s ceiling and allow for an easy, but rather dizzy for some, way back down. It’s also part of the ‘Seeing It differently’ campaign which focuses on allowing people to gain a new experience and ‘open up conversations about faith’. It comes a week after Rochester Cathedral included a mini-golf course in their nave. Yes, I know what you’re thinking, how much is par? 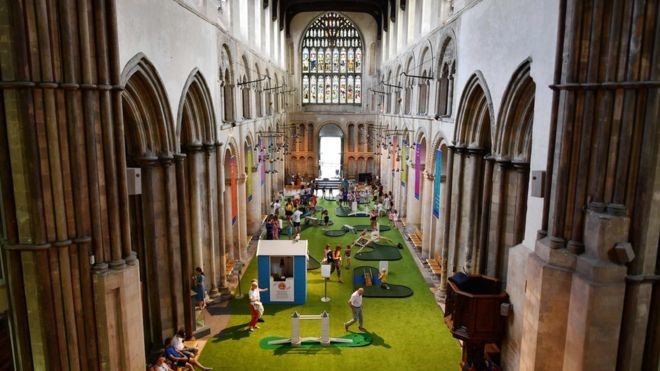 Originally made in 1947, it took two days to assemble the masterpiece in the Cathedral and now stands picturesque in the nave with its resolute colours and lights co-ordinating with the stain glassed windows that serve as a grandiose backdrop. The twelve-metre-high viewing platform of the Helter Skelter offers a better opportunity to gaze at the twenty-one-metre-high ceiling of the Cathedral, draped in thousands of carefully carved bosses. 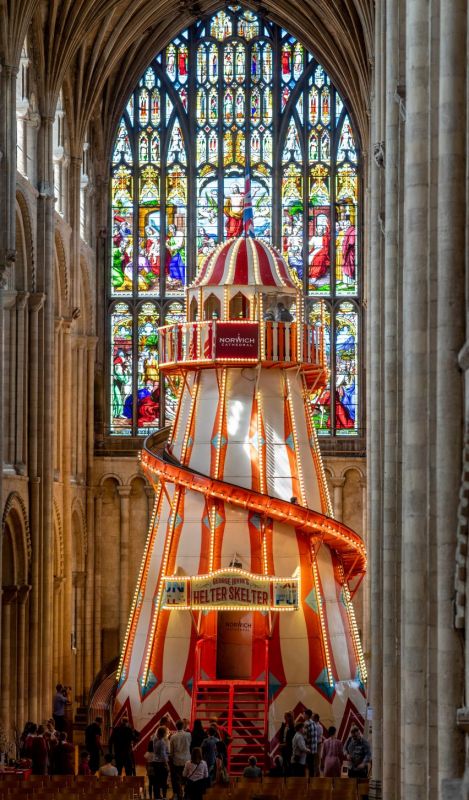 The Reverend Canon Andy Byrant, who was responsible for Helter Skelter, took inspiration from the Sistine Chapel in Rome and said, “I had the slightly risky thought of 'I know this is amazing, but actually the ceiling at Norwich Cathedral is every bit as wonderful'. We have one of the greatest collections of medieval roof bosses anywhere in northern Europe. The trouble is they are so high up that most people never get a chance to really appreciate them.” A risk that seems to have paid of as the story has caught traction around the world and will have attracted many to Norwich Cathedral to marvel at the new structure.

However, the Juxtaposition of these two has not gone down well for everyone, with some saying that it is making a mockery of God and using him as a tourist attraction. The Right Reverend Dr Gavin Ashenden described the situation by saying “For such a place, steeped in mystery and marvel to buy in to sensory pleasure and distraction, is to poison the very medicine it offers the human soul”. The ride however is only there temporally as its on loan from Chipperfield’s Circus and so to the delight of some, the Cathedral will return to its natural state soon. 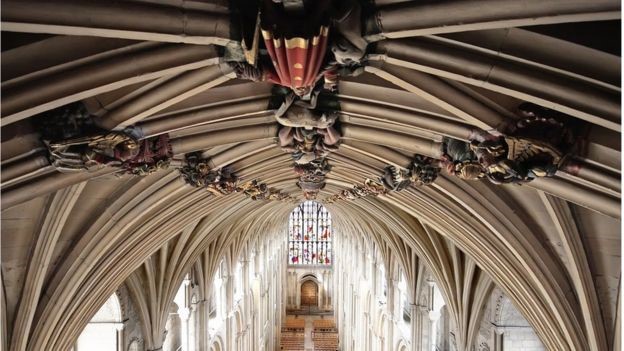 Attention Hoteliers: Your messaging matters now more than ever

17 Jun 2020
With the world almost set to start re-opening doors and in the UK working towards that magic date of 4 July, if you haven’t already now is the time to start thinking about your marketing message...
Read More ...

We’re (almost) open: Getting your destination ready for business

15 Jun 2020
With the tourism industry almost set to start welcoming guests back into destination, (depending on the Government announcement) the timing is crucial to ensure that your destination is prepared and h...
Read More ...

Are you being customer service lazy?

9 Jun 2020
In order to maximise your customer service team’s time, knowledge and energy, it is entirely possible that you have set up a tranche of scripted documents or templates that your team can provide...
Read More ...