At APT we love campaign’s that can catch our eye and a recent campaign in Canada between Cossette, a marketing company, and McDonalds has done exactly that.

At APT we love campaign’s that can catch our eye and a recent campaign in Canada between Cossette, a marketing company, and McDonalds has done exactly that. The arches of the famous fast food logo are being used as directional markers to find the nearest McDonalds restaurant. In a movement called ‘Follow the Arches’, the iconic logo of McDonalds are being dissected and transformed onto huge directional billboards on the sides of the roads. According to Andrew Mumford, McDonald’s Regional Marketing Supervisor “The campaign is a playful example of how the arches are recognizable, even when the consumer only sees a portion of the logo,”. Either that it’s or a very good way to test your awareness.

The signs are hard to miss with their classic golden arches being placed on a bold red background 15ft up in the air. The variety of signs include “on your left”, “next exit” and the best one “just missed us” in case you did miss the towering directions on your way there. The way the signs work is shown below in: 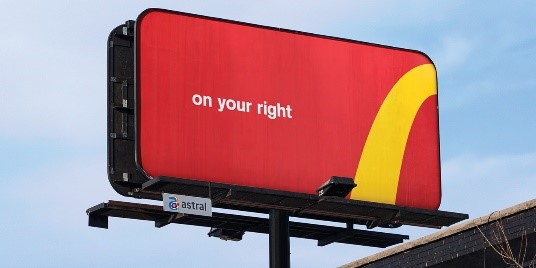 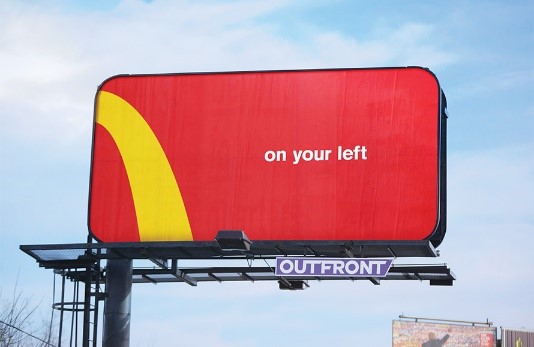 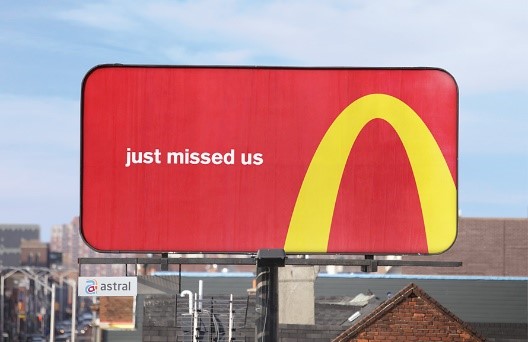 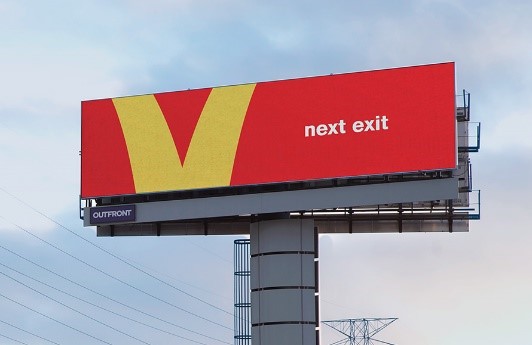 Currently these designs are only implemented in Canada to help the local people of Toronto but a rather optimistic Ignazi, chief creative officer at Cossette, believes the concept could eventually ‘solve the problem of hundreds of differently designed directional posters in Canada-and indeed, around the world’. The use of just the segments of the McDonalds is interesting from a marketing perspective, because as said earlier the signs are instantly recognisable as McDonalds and so making evident their strong brand image and confidence as they feel no need to drop their name on the sign. And from a financial point of view this campaign will increase the number of new customers that visit McDonalds in Toronto and give them greater exposure, if they even need more exposure. 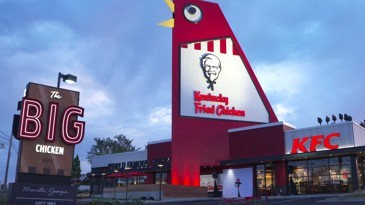 One of McDonalds biggest competitors KFC recently invested $2 million in a renovation of their 56ft tall steel chicken outside their KFC restaurant in Georgia. Although its not a directional sign post it serves as a strong marker for KFC across that area. All we need now is huge arch to be made to roost upon a McDonald’s Branch to compet... Oh, never mind it already exists. 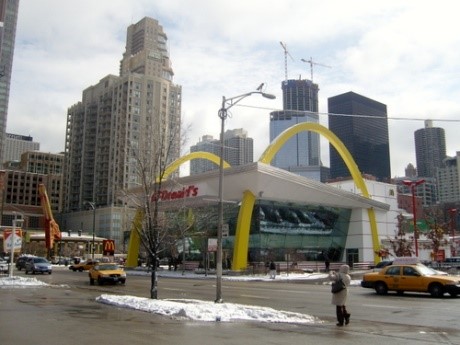 Becoming a Business with Purpose: Unilever

21 Feb 2020
If you're regular readers of our blog (if not, why not?) you'll know that we love a good branding or marketing story and often like to share it with you. This week we wanted to share how Un...
Read More ...

14 Feb 2020
Dogs. Biscuits. Tea. When these 3 things are involved in work experience, you just know it’s going to be a good week. Arriving through the door on Monday morning, I honestly had no idea of...
Read More ...

13 Feb 2020
It’s that time of the year again, the time for the Super Bowl to grip and captivate almost every American with one of the most watched sporting events in the world.
Read More ...