Around the World with Abercrombie & Kent

Abercrombie & Kent, headquartered in Cheltenham, is a premium tour operator with 50 years experience in experiential travel all over the world.

apt was brought on board to handle regional PR, with the core brief of boosting the profile of Abercrombie & Kent as a distinguished Cheltenham-based company and great place to work whilst promoting their philanthropic values.  From a PR perspective, apt felt that the best way to make A&K immediately known in the local community was to host a social event, re-launching the company into Gloucestershire society. The event also celebrated the spectrum of wonderful/spectacular A&K holidays at the dawning of the company's half century. The evening was a lively networking social event sprinkled with local business figures, MP's and the Mayor.

The concept ‘Around the World’ was suggested by apt, with canapés representing major A&K destinations served by waiting-staff dressed to represent the countries. Prominent local businesses as well as potential customers were invited and entertainment through the night would ensure the party and the company would be talked about for months to come.

On Thursday 30th September ‘Around the World with A&K’ took place.  To reflect the strong African heritage, African drummers and dancers performed as tiki torches lit the front of the Parabola Arts Centre.  The ampersand ice sculpture (A&K’s logo) was a talking point for guests and free-flowing drinks were poured all night, much to the delight of attendees.  Over 100 people attended and the night was a huge success. The client was incredibly happy with the evening and feedback from attendees has been glowing.  The event has been covered by many of the key local press.  ‘Around the World with A&K’ has safely secured the client as a recognizable, exciting and respected Cheltenham-based company.  Significant, quality, regional coverage was generated surrounding the event and across the subsequent months, social diary pages featured retrospective pictorial highlights of the evening. 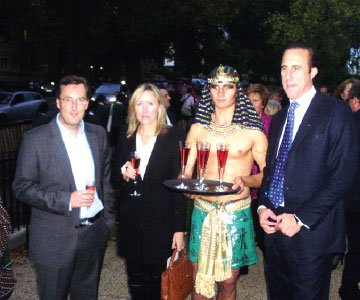 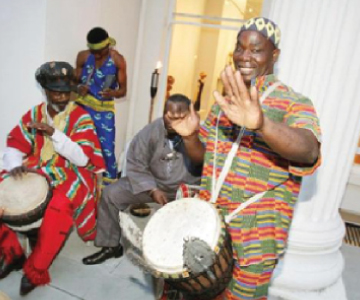 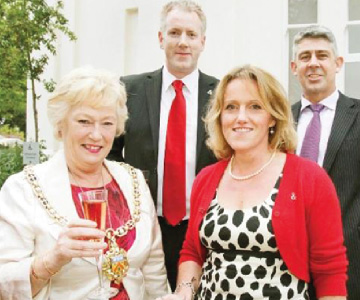