On 9 September, Cheltenham will be the main thing occupying the minds of some of the top cyclists as they set off from Hemel Hempstead, and push their bodies to the limit to cope with the gruelling 186kms to reach the finishing line first. However, whilst this is going on, fun will be the order of the day for everyone awaiting their arrival in the town. The Cheltenham Festival of Cycling will see all sorts of activities, both cycling and non-cycling, happening in various locations throughout the day.

apt were tasked with organising a launch event to celebrate the Cheltenham Festival of Cycling event.

Over one hundred businesses attended the event at Cheltenham Town Hall about the plans for the festival and the opportunities for local businesses to get involved.

The festival will also launch a three-year campaign to help more people discover the fun of being active and getting out on a bike, working alongside the national campaign to encourage people to take 300 non car trips per year. 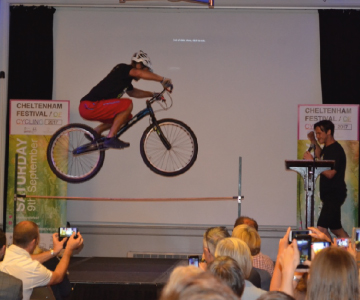 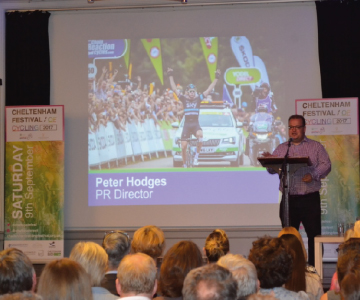 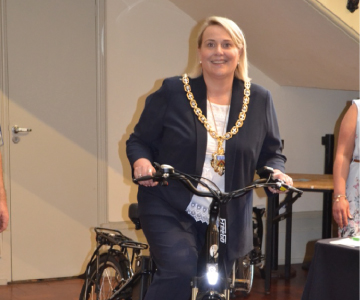